All Brisbane and Gold Coast Mosques

As a Christian country, Australia has a majority of Christian people. But it also consists of Muslims. 2.5% of Australians are Muslim. Today we are talking about the list of ALL Brisbane and Gold Coast Mosques – Queensland Australia.

Let us discuss their Muslim culture, some of their mosques, their on-growing community, services, and other facts.

Masjid Taqwa is one of the best mosques in Brisbane Australia. This mosque is situated at the Bald Hills. The mosque was built to pray Salah in jamah. 6 brothers initially constructed the base of the mosque in 1979.

Later on in the mid of 2000, they re-constructed the mosque with the help of local Muslims and by the local government.

Both males and females can pray salah in this mosque. The beautiful mosque is growing a good community to help and fund-rise in the future.

Approximately 300 men and 80 women can pray salah together in this mosque. There is a parking area on the mosque lawn of 80 cars. The mosque also has good wudhu facilities.

Buranda Islamic Mosque is situated at 6 Agnes St, Woolloongabba, QLD, 4102, Australia. It’s a well-designed mosque to pray. Many people of Brisbane come to pray in the mosque.

All of the latest facilities are provided in this mosque. Muajjin says the Adhan for every five daily prayers. Muslims gather a Jamayat on Friday. Imam says beautiful khutba which is translated from Arabic to English.

This 120-year-old mosque was built by Afghan cameleers, late 1908. The Holland Park mosque is one of the oldest mosques in Brisbane. It has a great community to raise funds and for other financial and social support.

The Mosque was featured in the highly-rated “The Mosque Next Door” TV series by SBS. You should visit this mosque and its structural beauty.

The front part of the mosque is empty and having a lawn where EID prayer is made. Next to it, there is a stair to the mosque gate. The interior lightings made the mosque aperture great.

This Imam and all of the employees of this mosque are so friendly. They arranged a Madrasa for the students of Al-Quran. Their goal is to make the students understand how to read the Quran. The schedule of their Daily Quran Education is given below:

This is another mosque in Brisbane. It has a more focus on online Islamic Questions and Answers than the offline mosque. A beautiful lawn with a garden is in the front part of the mosque.

This mosque employees also calculate the Moon Sighting and regularly posts them on their website. The Lutwycne Mosque is a part of the Masjid Sunnah Foundation.

The Masjid community and employees are also doing some online sessions of Fikh. Fikh means the question and answers researched from the Quran and Sunnah.

Another beauty of Brisbane. The Rochedale Mosque is on the list of five of the top twenty best mosques of Brisbane, Queensland.

This mosque is situated at 2674 Logan Rd, Eight Mile Plains QLD 4113. A well-decorated mosque with a parking lot for parking cars in front of the mosque. People come and pray 5 times Salat regularly.

The mosque has a big Minar and three Doms. 2 of the doms are small and 1 large dom. The entrance is not so well decorated but the mosque interior is a charm.

The behavior of the employees and the Imam is so good and gentle. The mosque is a 2 storied building. The environment of the mosque is clean and quiet. The worshiper’s feedbacks are also positive.

This mosque was founded in the early 1990s. The Muslims of this area bought an Anglican church and then converted the church into a mosque to fulfill the requirements of Muslim worship.

The Kuraby Mosque is the first mosque in the world that was damaged or destroyed as a direct response to the attacks of September 11.

The mosque that is standing in the same place was reconstructed after the attack on the original mosque building on September 21, 2001, after ten days the terrorist attacked New York City.

This mosque now has built a big community of Muslim men and women. They come every 5 times in the mosque to pray salah.

The Islamic Society of Darra or ISD is another mosque in Brisbane. It was established in 1983 by a group of brothers who migrated from the FIJI. In the first position, the mosque was so small in its area.

Over time, the Muslim community grew bigger. So more funds were raised, people made donations to the mosque community to make improvements.

Now the mosque is in a good position. Have a parking lot for parking cars in the masjid area. The mosque was completed in 2003. The estimated cost was about 1.4 million Australian dollars. Most of the money came from donations and funds from the Muslim community.

The growing community of mosques has its website for international fundraising and donations. The mosque community Madrassah Classes for children above the age of 5 years. The Madrassah becomes active from 4 p.m. until Maghrib prayers.

Now the Madrassah of Islamic Society of Darra consists of 60 boys and 40 girl students and they also have 15 boys and 10 girls attending the Hifz classes.

The Slacks Creek Mosque was established in 2015. It is situated at 16 Queens Rd, Slacks Creek QLD 4127, Australia. The mosque was built by Islamic Practice & Dawah Circle.

As a new mosque, the Muslim community is growing. Five daily Prayers and Jumma prayers are organized by the masjid community.

They are running some programs like Qiyaamul Layl (The Night Prayers), Little Muslim program for children Islamic education, Weekly Saturday Program for the whole Muslim community.

They also arranged after-school Quran Education for children. In this course the children of the Muslim community would join the Madrassah after school, they will learn to read and understand the Quran.

They run another great program called Daily Hadith Reading after Fajr and Isha prayers. The Imam will read and describe some Talks of Muhammad(S.A) to enlarge the knowledge of the Muslim community.

The mosque community built a website to share their future programs and other facilities. Islamic tips and tricks related videos are shared on the website. You can know more about the Australian Centre for Unity: Slacks Creek Mosque – I by visiting their website.

The Islamic Shia Council of Queensland is more about a council than a mosque. The majority of Shia Muslims is head of this masjid community. The Muslim community has been divided into two major parts: Number 1 is Sunni and Number 2 is Shia.

You can donate them for Iftar, Sadaqah, or Fitra from their website. The mosque committee built their website to spread Knowledge and about their services to the Shia Community of Australia.

From the name, we can understand that this mosque is situated on a Gold Coast. The coastal area of Australia. After the establishment of the Gold Coast Islamic Society in 1984, the Muslims of Gold Coast proposed a plan to build a mosque in this Coastal Area.

Above 9000 Muslims are living here on Gold Coast and they made a Muslim community to overcome the problems they are facing in a non-muslim country.

For praying Salat the Muslim community proposed a plan to build a mosque in Gold Coast. They built this mosque in 1995 and the “Gold Coast Mosque Trust” was officially registered in 2013 for the support and funding for the mosque.

The website of the Islamic Society of Gold Coast also provides Islamic videos, charity and funding, Official prayer times, and the latest Islamic news and views.

The mosque community website is http://goldcoastmasjid.org.au/. They are providing services and FAQs related to Islam. The Fikh is being practiced on online seminars of the mosque.

The Gold Coast mosque provides different types of services.  The services they provide are following:

With a simple but gorgeous interior, this is “Gold Coast Southport”  another mosque of Gold Coast. Very few Mosques are so well decorated like this. Not only 5 prayers and Jumma Salat is prayed but also they run some programs.

They run a weekly program of Madrasa Classes, Kids activities, Tafsir of the Surahs.

The good build community raises funds for the masjid and madrasa. The mosque community has its website where they update their information and their latest programs on the website

You can visit the website to learn more about them and watch those videos they upload regularly. They are starting some events related to Islamic talks and guidelines.

Imam Shafiq Flynn is the imam of this mosque. He was born in New Zealand. He is a Doctorate of Philosophy in Islamic Revealed Knowledge and Heritage. He speaks English and Arabic.

He is an experienced Imam. Was a lecturer at Sultan Abdul Halim Mu’adzam Shah International Islamic University.

This Southport Masjid is the second mosque on Gold Coast. It has a growing Muslim community that raises funds and donations for the mosque. The masjid has a big parking lot. So no problems with Parking your car. 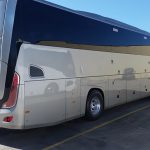 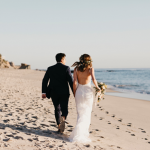 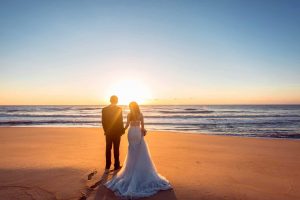 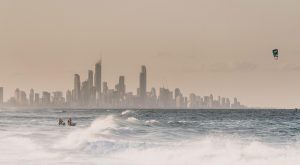